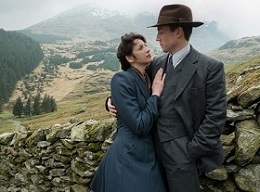 Scotland’s Wardpark Studios in Cumbernauld near Glasgow has announced plans to expand its production facilities in 2018.

Producers of the US-funded TV drama Outlander (pictured) originally adapted Wardpark from existing industrial buildings and the show is currently filming its fourth series from a production base at the site.

There are four sound stages, as well as numerous workshops, cutting rooms and office space.

“We have acquired two additional industrial blocks, immediately adjacent to the site of the planned new sound stage and have an option on a third,” said Terry Thomson, owner and chairman of Wardpark Studios, in comments to Newsquest Media.

“The appetite from Outlander for space has made it clear to us that we need to provide extra workshop/office/prop storage for the ‘new build’.”

Expansion work at Wardpark Studios is likely to progress ahead of plans for the privately-owned Pentland Studios, which was approved in principle earlier this year.

The Scottish government remains under pressure to establish a state-funded studio in Scotland, to help bring larger international productions to the country.