Les Miserables to film next year 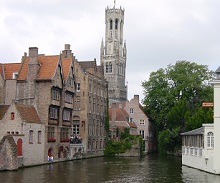 The BBC’s major new adaptation of Les Miserables is set to move early next year with filming largely taking place in Belgium.

Shoot dates for the 6 x 60 drama are now on Production Intelligence, along with the names of the key UK HoDs including the producer, line producer, DoP, production designer, casting director and production co-ordinator.

Lookout Point is on board as co-producer on the project with Andrew Davies adapting Victor Hugo’s 19th century classic novel.

The majority of the lengthy shoot will take place in Belgium, with a brief stint in northern France. Belgium has a generous tax incentive and various grants, with the kind of period setting and architecture needed for the drama.

Lookout Point, which previously worked with Davies and the BBC on War & Peace, has a burgeoning development slate, including period drama Gentleman Jack from Sally Wainwright and Davies’ adaptation of Vikram Seth’s A Suitable Boy.