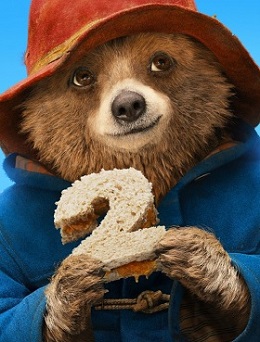 Paddington 2 continued the themes of the first film by showcasing key London locations.

Paul King’s movie follows the further adventures of Paddington Bear, who arrived at London Paddington station as a Peruvian immigrant in the first film and was soon taken in by the big-hearted Brown family.

Many of the domestic interiors for Paddington 2 were filmed on stages at Pinewood Studios and Warner Bros Studios Leavesden, but producers also shot at key central London locations like Tower Bridge and St Paul’s Cathedral.

“We were looking for locations that celebrated London and delivered the kind of cinematic scale we were looking for,” says Jonah Coombes, supervising location on both Paddington and the sequel, in comments to The Knowledge.

“The success of the first film got us a better level of access. St Paul’s Cathedral had never been closed before for filming – that was unprecedented.”

A very different challenge for the Paddington 2 team was an escalation of production at the real north London neighbourhood that stood in for the Browns’ home in Windsor Gardens.

In the first film the team had shot on location in the affluent Primrose Hill for just four days, for the sequel this time frame increased to two weeks.

Coombes and the rest of the team were careful to co-ordinate with local authorities and residents’ groups, who were not necessarily immediately aware of the long-term benefits of hosting a production on the scale of Paddington 2.

“Along with 100 cast and crew in Chalcot Crescent, we saw far more nimble filming in other locations,” said Karen Everett, director of FilmFixer, which manages the film offices in several of the London boroughs where Paddington 2 shot.

“On the Camden Lock towpath, it took just 30 to film Paddington chasing a thief.

“In Islington’s Jerusalem Passage, St John's Square, Clerkenwell Green and Rosebery Avenue, again just 30 cast and crew filmed scenes inside a telephone box and posters going up around the streets. The production made a donation to the Clerkenwell Green Preservation Society to thank locals.”

London remains one of the world’s top filming locations and city authorities are planning to develop a new studio in the east of the city.

You, a shiny new Sky One drama from writer Ben Chanan, has begun filming in Europe, with a production base in Berlin.

The Film and TV Charity has relaunched its Looking Glass Survey, two years after the 2019 research project first revealed serious mental health issues within the industry.

Work has begun to build two new sound stages and ancillary workshops on the site of the former Big Brother house at Elstree Studios.