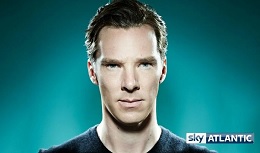 Produced by Two Cities Television and Cumberbatch’s own company SunnyMarch for Sky Atlantic and Showtime, the series is based on semi-autobiographical novels by Edward St Aubyn about the turbulent life of an aristocratic playboy.

Glasgow is a suitable stand-in for US cities due to its grid system of streets.

The city famously doubled for Philadelphia during several weeks of filming for Brad Pitt’s 2013 zombie thriller World War Z, and for San Francisco in the sci-fi movie Cloud Atlas.

Patrick Melrose has been in production since August, with additional locations set to include London and the south of France.

PWR-ON, with over 10 years of experience in the industry, are a leading provider of generators, tower lights and distribution hire to the world of… more Call: 01753 471771   |   Add to Shortlist

With 15 years' experience as specialist suppliers to the film and television industry we are in a unique position to offer a comprehensive range of… more Call: 020 8573 7717   |   Add to Shortlist