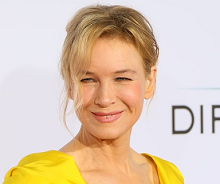 A new feature about film star Judy Garland is set to shoot in London early next year with Renee Zellweger as the iconic performer.

Judy will centre on Garland’s concerts at the Talk of the Town in London in 1968, a time when her health had deteriorated and she was exhausted and fragile. Garland died in London in 1969.

The film, which will feature some of Garland’s best-known songs, comes from Pathe and Calamity Films, with Calamity’s David Livingstone (Pride) producing.

Rupert Goold will direct from a screenplay by Tom Edge (The Crown).

A line producer is on board the project; Production Intelligence subscribers should log in and follow Judy as the name will be announced in the next few days.

There are around 380 film and TV projects currently in development on Production Intelligence, including feature films, high-end TV dramas and entertainment and factual shows. Click here to request a free online demo.