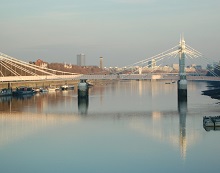 A major new TV drama from The Night Manager’s Stephen Garrett is now in pre-production in London readying to film in early 2018.

The drama will be delivered as an 8 x 60 and is for Liberty Global and Starz, and is made in association with Lionsgate. Garrett and Meyer executive produce alongside Meghan Hibbett.

The Rook is written by screenwriters and playwrights Sam Holcroft and Al Muriel, and is adapted from the novel by Daniel O’Malley. The supernatural spy thriller centres on a young woman who is pursued by shadowy paranormal adversaries while grappling with extraordinary abilities of her own.

Production Intelligence currently has listings for around 100 films and TV projects at pre-production stage with details of the studio, shoot dates and key UK HoDs. To request a free online demo, click here.