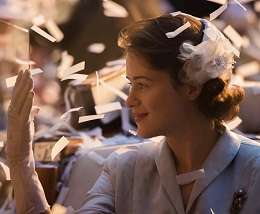 Streaming giant Netflix has announced plans to spend up to $8bn on content in 2018, up from $6bn for this year.

Netflix is also working with UK production company Sister Pictures on drama series Giri/Haji (Duty/Shame), which will be shown on BBC One in the UK before launching internationally on Netflix.

The story follows a Tokyo-based detective who travels to Europe to search for his wayward younger brother, who is thought to be hiding among Yakuza gangsters in London.

Ted Sarandos, chief content officer for Netflix, revealed that the platform wants to release around 80 original films next year, although it’s not yet clear what the balance is planned to be between original productions and licenced content.

“They range anywhere from the million-dollar Sundance hit, all the way up to something on a much larger scale,” said Sarandos, in comments to investors earlier this week.

Netflix’s revenue for the third quarter of this year reached $2.99bn – a 30% increase on the same period in 2016 – with 5.3 million new subscribers having signed up worldwide over the past three months alone.

Simplify your expense management and international payments with Caxton Business. Combining the latest technology and currency expertise with an old-fashioned dedication to personal service, we… more Call: 0333 123 1812   |   Add to Shortlist

Easy, breezy expenses. Equals Spend makes it easier to manage your location expenses. Give crew members a card each, load funds when they need it,… more Call: 020 7778 9354   |   Add to Shortlist