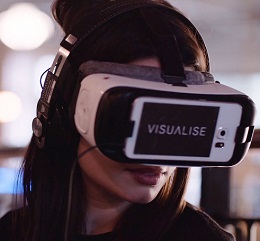 The Knowledge is looking for readers’ favourite Virtual Reality projects, ahead of the VR Creative Summit, being run by our parent company MBI in London on 5 December.

We are asking our readers to let us know what VR projects have caught their eye, whether the project is connected to movies, TV, advertising or something else entirely.

What have you seen that has inspired you and has made you think more about how VR technology is being developed?

Tell us what you think here and we will compile a reader list of the top 20 VR projects of the past 18 months. The list will be published ahead of the December Summit.

The VR Creative Summit presents an opportunity for delegates to see the impact of immersive content within the creative sectors.

Attendees will have access to key industry practitioners, producers and content creators who will debate and reveal the extent of VR’s influence, the reality behind the technology and the opportunities VR experiences offer for connecting with audiences around the world.

The summit will offer a demo area giving delegates the chance to try out some of the latest VR experiences, alongside core discussion sessions, masterclasses and networking opportunities.

Speakers confirmed so far for this year’s Summit include executives from Microsoft, Framestore, Samsung, Sky, the BBC, Dream Reality and Google.

To tell us about your favourite VR project of the past 18 months, click here.

To find out more about the VR Creative Summit, click here.