The Dark Outside films next month 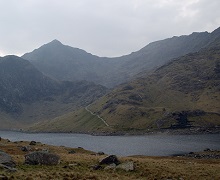 Filming starts in mid-November in north Wales on The Dark Outside, a feature from the makers of BBC war drama Close to the Enemy.

The Dark Outside is a gothic folk tale set in the dark hills of Snowdonia during the industrial revolution.

It marks the feature debut of writer/director William McGregor, whose credits as a TV director include One of Us, Poldark and Misfits.

Production Intelligence subscribers can log in for details on the DoP, production designer, casting director, location manager and production co-ordinator.

Endor recently wrapped The Nine, a major new drama series for Fox created by Matthew Parkhill. The 8 x 60 espionage thriller used locations including Casablanca and London, and is the first regional scripted commission for Fox Networks Group Europe and Africa.

Production Intelligence currently has listings for around 115 projects in pre-production in the UK, including major American features such as Robert Downey Jr’s Doctor Dolittle and the BBC’s new John le Carre adaptation, The Little Drummer Girl.