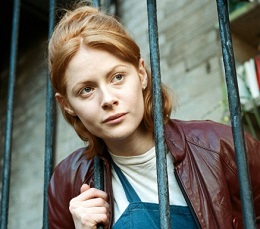 New movie Daphne filmed largely in the south London borough of Southwark to tell the story of a woman affected by a violent crime.

Peter Mackie Burns makes his directorial debut with the movie, which stars Emily Beecham in the title role. Burns mainly used handheld cameras with a production team of no more than 25.

“It was a delight to get behind this production,” says Andrew Pavord, director of FilmFixer, the organisation that manages the film office service at Southwark Council.

“Their method of filming was extremely efficient and unobtrusive, and captured the pace of Daphne’s lifestyle very effectively.

“As Hollywood-style productions continue to beat a path to the capital, Daphne’s a brilliant example of low-budget filmmaking about London, made in London, working closely with Londoners and producing a highly successful product. We’re thrilled to see that it’s caught the attention of critics up and down the country.”

Southwark encompasses the south London regions of Peckham, Camberwell and Dulwich Village from the Thames down to Crystal Palace Park.

The borough is a popular London filming location, with recent higher-profile productions including action movies Kingsman: The Golden Circle and American Assassin.

UC Print, formally known as TCE Danwood is the leading supplier of photocopier and printer rental solutions to the Film and TV industry in the… more Call: 01344 987220   |   Add to Shortlist