Three dramas to film next week 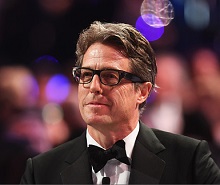 Three new TV dramas are set to film from early next week including a three-part story which marks Hugh Grant’s return to television.

Following the trial in 1979, although Thorpe was acquitted of conspiring to murder Scott, the high-profile case was widely acknowledged as the cause of Thorpe’s political downfall.

Blueprint Television is making the 3 x 60 for BBC One with Dan Winch producing and Stephen Frears directing from Russell T Davies’ screenplay.

PI subscribers have been following the project on our site since May and can log in for details on the studio location and key HoDs.

Cameras roll from 2 October on Press, a major new BBC One drama set against the backdrop of the modern newspaper industry. Charlotte Riley, Ben Chaplin and David Suchet star in the 6 x 60 which is written by Doctor Foster scribe Mike Bartlett. Paul Gilbert and Tom Vaughan produce and direct respectively.

We first listed Press on PI back in January and have since returned with details of main production personnel and shoot dates.

BBC Four will continue its trend for biopics of iconic actors and comedians with Eric, Ernie and Me – the two-week shoot begins next week in Bristol and Cardiff.

The one-off drama centres on Morecambe and Wise’s comedy scriptwriter Eddie Braben and is written by Neil Forsyth. Production Intelligence has details of the main HoDs on board.