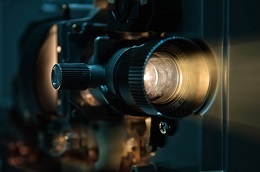 The government has launched the Creative Industries Clusters Programme to help provide a long-term boost for the sector.

The £80m fund means that eight different regions of the UK are now able to form creative Research and Development Partnerships between universities and businesses that will help grown the creative industries’ overall skill set in the coming years.

“In every scenario the Creative Industries are set to be of central importance to the UK’s future success,” said Sir Peter Bazalgette, chair of ITV and also leader of the review launching the new clusters programme.

“We have two great assets: the English language and our creativity, but the skills and business models of this sector are of increasing importance.”

As part of the broader review, Sir Peter has recommended a series of strategies for the government to consider that are designed to help boost the UK creative industries, including a careers programme for secondary schools.

“Sir Peter has identified some important priorities for action,” said Nicola Mendelsohn, vice president for Europe, the Middle East and Africa at Facebook and chair of the Creative Industries Council.

“We strongly share his desire to promote innovation, intellectual property and access to finance for growing creative enterprises; to support growth in international trade and creative clusters around the UK, and to secure the pipeline of diverse talent which our industries need in order to thrive.”