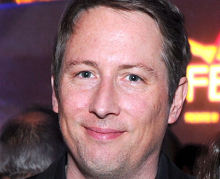 Filming begins next week on Joe Cornish’s The Kid Who Would Be King, a major new feature from UK production companies Working Title and Big Talk, and US studio giant Fox.

The film marks Joe Cornish’s second feature as director, following Attack the Block in 2011. He will be calling the shots on The Kid Who Would Be King from his own screenplay.

When auditions were announced for the young leads earlier this year, casting director Jessica Ronane described the film as “a family fantasy action-adventure movie about a band of young kids embarking on an epic quest to thwart a medieval menace.”


PI subscribers can log in for further details on the film including the studio location, the producers, production designer, DoP, line producer, location manager and production co-ordinator.

The feature is one of several big-budget shoots setting up in the UK, including Cash Truck starring Sandra Bullock, Doctor Dolittle with Robert Downey Jr and Artemis Fowl directed by Kenneth Branagh.

For details on these and many film and TV projects in development, pre-production and currently shooting, head over to Production Intelligence. Non-subscribers can click here for a free demo.