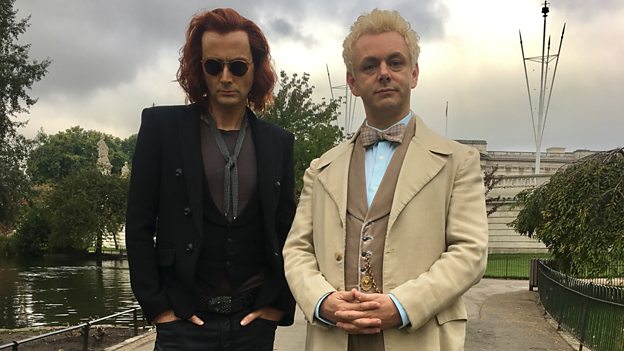 Filming gets underway in the UK this week on three major dramas including a new BBC One drama from the makers of Call the Midwife.

Cameras began to roll today, 18 September, on Good Omens, the major new adaptation of the book by Neil Gaiman and Terry Pratchett.

The BBC is working alongside Narrativia and The Blank Corporation on the 6 x 60 which will air on Amazon Prime and BBC Two.

The majority of the 18-week shoot will be UK-based in locations including London and Oxfordshire with some filming due to take place in South Africa.

PI subscribers have been following the drama on our site since January and can log in for full details on HoDs and shoot dates.

The drama centres on a young, second-generation Pakistani man from east London who is coerced by a counter-terrorism officer to go undercover as an informant.

Neal Street Productions – the maker of Call The Midwife and The Hollow Crown – is behind the 6 x 60 with the company’s Nicolas Brown and Julie Pastor executive producing alongside Elizabeth Kilgarriff for the BBC.

The third TV project to begin filming this week is Humans, with Series 3 getting up and running at its usual home of Elstree Studios. The critically-acclaimed show comes from Kudos, AMC and Channel 4. It is based on the Swedish drama known internationally as Real Humans and explores themes of artificial intelligence and human-robot interaction.

The third series comprises 8 x 60 and will film over five months. Jonathan Brackley and Sam Vincent return as lead writers and also executive produce alongside Derek Wax and Emma Kingsman-Lloyd for Kudos in association with Wild Mercury Productions, and Lars Lundstrom and Henrik Widman for Matador Film. Vicki Delow produces for Kudos.

PI subscribers can log in for more details on Humans Series 3 including the names of the line producer and production designer.