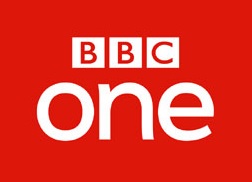 Drama series The Three and The Serpent have been announced as major new commissions for BBC One.

The Three is in pre-production at The Forge as an 8 x 60. Based on books by Sarah Lotz, the drama will tell the story of an air crash investigator faced with three child survivors of plane crashes that happened on the same day on different continents.

“The Three looks at how fear and paranoia can affect society on a global level, while interrogating the effects of trauma on ordinary lives,” said screenwriter Peter Straughan.

“Working on the project so far has been a fascinating journey and I can’t wait to continue with our exciting team.”

The Serpent is in development at Mammoth Screen, also as an 8 x 60. The drama tells the true story of efforts to catch Charles Sobhraj, a French serial killer who preyed on backpackers along South-East Asia’s ‘Hippie Trail’ in the mid-1970s.

“Now we can finally tell this truly stranger-than-fiction story of the so-called Serpent, one of the most elusive killers of all time.”

Production Intelligence subscribers can log in now to follow both projects, as updates will be added in the coming weeks and months.