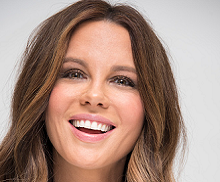 A new feature starring Kate Beckinsale is readying for a UK shoot this autumn with Gugu Mbatha-Raw and Damson Idris also on board.

Farming is based on the life of Nigerian-British actor Adewale Akinnuoye-Agbaje and will see him make his directorial debut working from his own screenplay.

He will also have a role in the feature which is based on his experiences growing up in the UK.

The film explores the lives of many Nigerian children who were fostered by white working-class families in the UK in the 1960s and the 1980s, but remained under the radar of the social services system as the placements were private. Many were never reunited with their birth parents.

Production Intelligence subscribers can log in for details on the shoot dates, studio and key UK production hires including the line producer, production manager, location manager and production designer.

Michael London and Janice Williams, who worked together on biographical drama Trumbo, are producing through Groundswell Productions together with Francois Ivernel through Montebello Productions, Charles de Rosen, Miranda Ballesteros and Adewale Akinnuoye-Agbaje.