The Met to film third series in London 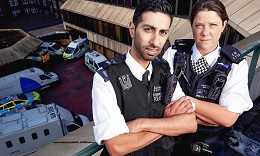 Documentary The Met: Policing London will return to the English capital to film for a third series on BBC One.

Series Three will pick up with the historic appointment of Cressida Dick as the Met’s first female commissioner.

“The first two series of this documentary have opened our doors to millions of people telling diverse stories of how we police London and the amazing dedication of officers and staff,” Dick said.

“To police effectively we must be open, accountable and explain what we do and how we do it. This series has really got behind the headlines of policing and I am sure it has surprised and entertained as well as informing people about the complexities we face.

“A third series is an opportunity to show viewers the variety of work we do caring for victims, keeping the streets safe and locking up criminals.”

The acclaimed observational series follows multiple units across London’s Metropolitan Police, the largest force in the UK, usually cross-cutting between two or three narratives in each episode.