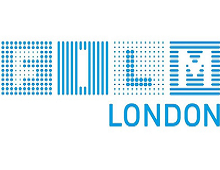 The major networking event for film distributors and exhibitors is back for a third year, this time running over two days.

The expanded Distributor Slate Days will take place from 19-20 September at Picturehouse Central and will see 25 distributors present upcoming slates to more than 300 exhibitors.

It will provide a platform for indies and majors to mix with multiplexes and smaller film clubs.

While the first day will see distributors discussing their marketing and audience development plans for new titles, the second will be given over to individual ‘speed dating’ sessions where distributors and exhibitors will be able to identify new opportunities for bringing upcoming titles to diverse new audiences.

The event is organised by Film Hub London and Film Hub South East, and funded by the BFI through the National Lottery; attending exhibitors must be part of the BFI Film Audience Network.

Adrian Wootton OBE, chief executive of Film London and the British Film Commission, said: “Exhibitors and distributors alike have shown real enthusiasm for the Slate Day and it’s by popular demand that we’re offering a second day dedicated to networking.

“Each year the event has grown stronger and more exciting, with distributors pulling out all the stops to court and collaborate with UK exhibitors.”