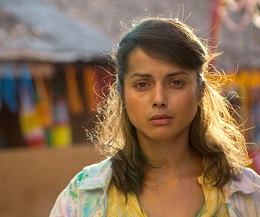 A second series of ITV’s medical drama The Good Karma Hospital has started filming on location in Sri Lanka.

Made by Tiger Aspect Productions, the show follows British and Indian medics working together at an under-resourced hospital in Goa, India.

The production is scheduled to shoot for 12 weeks. Production Intelligence subscribers will find all the key UK heads of department listed here.

“We are beyond delighted that The Good Karma Hospital has struck such a chord with the audience who have taken these vibrant characters and life-affirming stories to their hearts,” said Will Gould, executive producer of drama at Tiger Aspect, when the second series was first announced.

“It's been an incredibly international production, but it all started with creator Dan Sefton's scripts, and ITV's belief in them, so I'd like to thank them both for that. I can't wait to see Series Two come to life.”

The first series of The Good Karma Hospital found a consolidated audience of around seven million over its six-part run earlier this year.