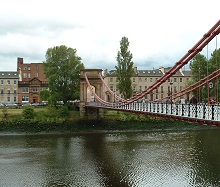 Scotland’s screen industry is set to receive sector-specific business support with 20 production companies to be allocated specialist services by the FOCUS initiative to encourage expansion and growth.

The two-year initiative, co-founded by Creative Scotland and Scottish Enterprise, has been launched to address current market conditions in the Scottish screen industry, as many production companies are not of the scale to afford their own development and support functions, thus restricting their ability to increase output.

During the initial pilot phase, 20 screen companies will each work with a business development consultant to create a bespoke business development strategy, providing an opportunity to gain access to expertise in areas such as digital distribution, aggregation, financing, international co-production, and audience development.

Consultants will be matched to companies on a case-by-case basis, according to the needs identified. Applications are open until 14 August for Scotland-based companies which meet the criteria.

John Archer, director of Hopscotch Films and board member of Film City Futures, says: “This innovative project brings together the skills and funding of both Creative Scotland and Scottish Enterprise with independent producers. With the new BBC Scotland channel 15 months or so away the timing of this great opportunity is brilliant.”