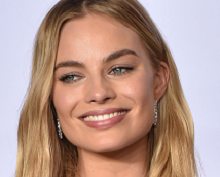 Margot Robbie, Saoirse Ronan, Jack Lowden and Joe Alwyn are preparing to film Mary Queen of Scots in the UK later this summer.

The period feature is from UK producing powerhouse Working Title Films and marks the big-screen debut of director Josie Rourke, until now best known as the artistic director of the Donmar Warehouse theatre in London.

The film has been listed on Production Intelligence since 2013, with key crew names added earlier this year. PI subscribers can log in for further details on the main production hires and the start date for principal photography.

Ronan plays the title role of the doomed Scottish queen Mary Stuart, whose attempts to overthrow her cousin, Queen Elizabeth I (Robbie) led to her imprisonment for nearly 20 years and her eventual execution in 1587 on being found guilty of treason.

Line of Duty star Martin Compston is also among the cast. Filming is reportedly set to take place in London, Edinburgh, Oxfordshire and Derbyshire.

Working Title has a burgeoning development slate with a big-screen version of Cats to be directed by Tom Hooper among the most high-profile projects in the pipeline.

For more on all Working Title’s projects, log into Production Intelligence. Non-subscribers can click here to request a free online demo.