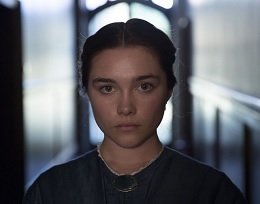 The UK’s creative sector benefitted from government tax relief worth more than £700m over the past year.

Critically-acclaimed period movie Lady Macbeth (pictured) was among 175 British films – and those considered British for tax relief purposes – to benefit from the UK’s filming incentives.

Netflix drama The Crown received tax credits as a high-end TV show filmed in the UK, the government figures revealed.

“The UK is one of the world’s most important production hubs and the tax reliefs for the screen industries have enabled this unprecedented growth across the country, creating jobs and supporting businesses from Belfast to Bradford,” said Amanda Nevill, CEO of the BFI.

The 175 British films supported over the past year spent nearly £1bn in the UK, while 45 TV shows that qualified for high-end tax relief collectively delivered £480m.