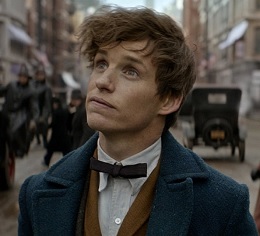 The first sequel to JK Rowling’s period fantasy adventure Fantastic Beasts and Where to Find Them has started filming at Warner Bros. Studios Leavesden.

Rowling’s story is set in the Harry Potter universe, but is a prequel that takes place in the late 1920s and follows ‘magizoologist’ Newt Scamander – played by Oscar-winner Eddie Redmayne – between New York, London and Paris.

The Fantastic Beasts saga will comprise five films in total over the coming years.

Leavesden Studios was home to all seven Harry Potter films. Warner Bros. purchased the facility towards the end of production on the Potter franchise, rebranding it Warner Bros. Studios Leavesden after a major refurbishment.

The first Fantastic Beasts film was set largely in New York but the city was recreated at Leavesden, and on location in Liverpool.

Last week, the BFI announced a plan to boost the UK’s crew base with 10,000 skilled individuals within the next five years to ensure Britain’s industry will have the long-term resources to continue servicing shoots on the scale of the Fantastic Beasts franchise.