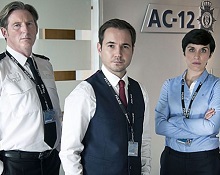 World Productions, the production company behind the critically-acclaimed Line of Duty, is readying a hefty new drama for an early autumn shoot.

Bodyguard reunites the team at World with Line of Duty scribe Jed Mercurio in a 6 x 60 thriller set among the Royalty and Specialist Protection branch (RaSP) of the Met police.

Mercurio will also executive produce along with Simon Heath and Stephen Wright.

PI subscribers can log in now for shoot dates and the names of the producer, production designer and casting director, with more key names to be confirmed very soon.

When the series commission was first announced, director of BBC content Charlotte Moore said of the news: "Jed Mercurio has created an original and modern take on the crime genre for BBC One. In his own unique and clever way, the series takes us into the corridors of power in thrilling style - all seen through the eyes of the bodyguard."

Mercurio’s work on Bodyguard has meant the production dates for the fifth series of Line of Duty have shifted – PI subscribers can log in and follow the show to receive updates as more specifics are confirmed.