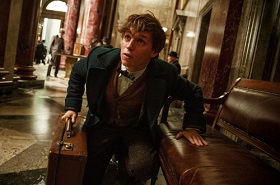 Principal photography on the second of the planned series of five Fantastic Beasts films is due to begin in the next couple of weeks.

Production Intelligence subscribers can log in for details on the start date, studio and key UK HoDs on Fantastic Beasts and Where to Find Them 2, which will film for around four months.

The first film grossed more than $800m worldwide, winning a BAFTA for Best Production Design and an Academy Award for Best Costume Design. The only non-studio location for that feature was Liverpool, where grand civic buildings were used to double for those of 1920s New York.