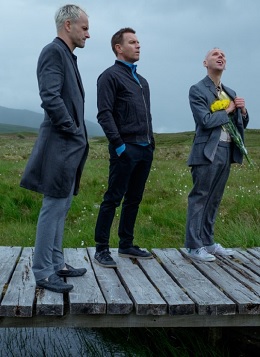 Scotland’s Production Growth Fund has been given a £250,000 boost by the government after reportedly delivering £10 for every pound spent in support.

Launched in the autumn of 2015, the fund has supported features including Danny Boyle’s T2 Trainspotting (pictured) and Jonathan Teplitzky’s Churchill, as well as TV dramas In Plain Sight and The Loch.

The initial government investment of just £1.75m is estimated to have delivered a broader economic spend of nearly £18m.

"The Production Growth Fund has proved to be a significant factor in the increase in Film and TV production in Scotland in recent years,” said Natalie Usher, director of screen at Creative Scotland.

“Alongside continued support through the National Lottery and the amazing work of our screen commission and locations network, the announcement today of an additional £250,000 shows strong commitment from the Scottish government and is another welcome boost to the screen sector.”

The extra money is in fact the second boost allocated to the Production Growth Fund since its launch, following a £1.25m cash injection in December last year.

Scotland recently hosted filming for Marvel’s superhero movie Avengers: Infinity War, which spent around £10m on location in and around Edinburgh. Co-director Joe Russo commented that the production may have stayed longer if suitable studio facilities had been available.

In April this year developers of the privately-funded Pentland Studios finally secured planning permission in principle to build on a site near Edinburgh. Final plans for a publicly-funded purpose-built studio have yet to be announced by the Scottish government.