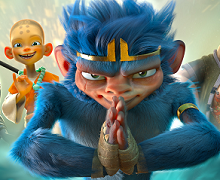 Blue Zoo, the UK-based animation studio, has signed a deal with China UK Animation Company (CU Animation) that will release £72m of funding for new and existing IP and projects.

The investment agreement will see the launch of a joint venture called Lanzu, with an initial fund of £30m being made available with immediate effect.

The aim is to speed up the rate at which Blue Zoo projects go into production once greenlit, and support access to the Asian and international markets.

The non-exclusive funding from Lanzu will support the development and production of at least six new projects, including an animated feature film, over the next five years, with the first project scheduled to go into production later this year.

Oli Hyatt, co-founder, Blue Zoo, said of the news: “Our partnership with CU Animation Investment Holdings Ltd comes at a time of incredibly exciting growth for Blue Zoo. Lanzu will enable us to jointly hold and develop our IP whilst generating growth in the eastern and global markets. In partnering with Blue Zoo, CU Animation has invested in the talented staff we nurture, our growing business and our dreams for the future.”

Kate O’Connor, executive chair, Animation UK, added: “This deal is great news for Blue Zoo and the UK animation sector. It confirms that UK animation is a global magnet for investment, creativity, skills and talent; known for our storytelling, our iconic characters and successful character development, as well as our range of specialisms and supported by specific animation tax breaks.”