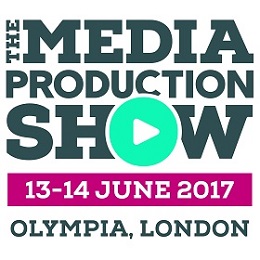 The Media Production Show had a successful Day One (13 June) at Olympia in London.

The pair discussed the challenges of modern location management and how the job has evolved over the past few decades.

“I was asked on a recent project to supply a counter-terrorism plan for a London shoot,” Hayes said. “That was a new one for me and so we needed to find someone who was qualified to do that, which of course we did.”

Broder talked about working with Spielberg on The BFG, a movie that has London and UK settings.

“I thought England looked somehow a little too glossy in War Horse (that Spielberg directed in the UK in 2010), and I was keen for the visuals in The BFG to be more representative of the real UK,” Broder said.

“I was actually flown out to Los Angeles to discuss the options with Spielberg himself. At one point in a meeting, he turned to me and said ‘David, what do you think?’ – that was a career high for me.”

Sound recording – a technical field sometimes overlooked by less experienced filmmakers – was discussed in detail over the course of the day.

Production sound mixers Chris Ashworth and Simon Bysshe talked about how sound recording is adapting to modern TV trends. The focus was partly on structured reality shows where individual participants often have their dialogue recorded directly onto time-coded receivers that are not directly monitored through the course of a shoot.

Also on the subject of sound, Neil Hatton, chief executive of UK Screen, chaired a discussion about the recurring issue of actors ‘mumbling’ inaudible dialogue, which has been a particular challenge for period and costume dramas on the major networks in recent months. 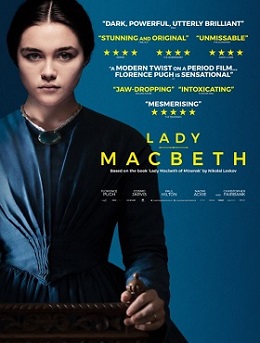 The general consensus was that the issue is an industry problem rather than a technical one, with actors frequently reluctant to adjust their performances, while directors and crew sometimes fail to respond accordingly on set.

Included on the panel was Simon Clark, a location sound recordist who is also a member of the Institute of Professional Sound and head of production sound recording at the National Film and Television School.

“It’s well known that some actors simply refuse to do ADR (automated dialogue replacement),” Clark said. “And sometimes there just isn’t time to do a sound remix if there’s found to be a problem.”

Elsewhere in the show there was also a focus on trailer editing and how the form fits into a film’s overall marketing strategy.

The trailer for period British film Lady Macbeth formed an interesting case study as it comprised a single shot of the protagonist sitting mournfully on a sofa, overlaid with dramatic dialogue and intercut with brief shots of key conflicts from the story.

"Lady Macbeth was quite a bold period story," said Sam Cryer, managing director of Intermission Films. "We wanted to reflect that by avoiding the kind of piano-tinkling soundtrack that tends to characterise period dramas."

He added that he and his colleagues tend to get more autonomy when they work on trailers from independent producers and directors.

“Indies tend to focus on selling the themes of their story. Big-budget studio movies tend to give much tighter instructions and want to include specific story beats. Often they’ve already done extensive testing and they know what specific scenes audiences are responding to.”

Head along to the Media Production Show today for more in-depth industry seminars with leading film and TV professionals. To find out more click here.