The Media Production Show – on locations 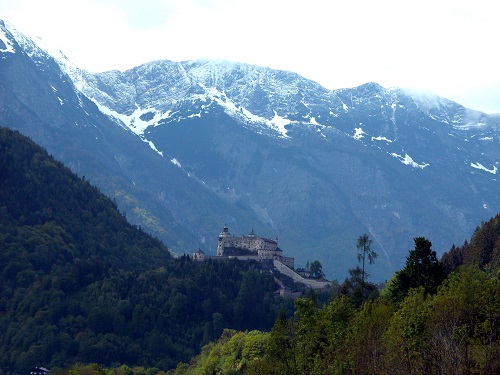 This year sees the return of The Media Production Show which runs from 13-14 June at London Olympia.

Across the two days there will be a range of seminars, panel discussions and Q&As covering a wide range of topics, including various aspects of working on location.

Here we bring you a round-up of some of the sessions which will provide insight into the challenges and considerations involved when shooting on location.

Day One kicks off with Location Planning for Feature Films. Advance planning can often be multi-agency, with location supervisors working alongside local councils, transport authorities and the police, to organise logistics such as street closures and special permits.

Among the speakers is David Broder, who was recently location manager on Woody Harrelson’s challenging and ground-breaking feature Lost in London, which was filmed in real time for live broadcast over a continuous 100-minute take.

James Waller of the Metropolitan Police Service Film Office will chair the session, which will cover the logistical hurdles faced by location managers and the importance of planning ahead. The session is at 10.30 in the Production Theatre.

Spy in the Wild Showcase

Filming on location can also involve working alongside animals in their natural habitat. The BBC’s innovative natural history series Spy in the Wild used dozens of lifelike robotic animals which housed miniature fitted cameras to get up close and personal to the creatures in their own surroundings.

On Day One of the event, 13 June, series producers Philip Dalton and Rob Pilley will be speaking about the pioneering show at 3pm in the Keynote Theatre as part of the Spy in the Wild Showcase.

Importance of Quality Sound on Location

The Knowledge’s Nick Goundry will chair a session on Day One of the show about how the audio aspect of your content is as important as the visual – if not more so.

Among the panel are production sound mixers Chris Ashworth, whose credits include The Gunman, Muppets Most Wanted and The Halcyon, and Simon Bysshe, who has worked on projects such as Safe House and Hard Sun.

Fixed rig shows – observational documentaries in which a camera is fixed in place and controlled remotely by the production team - are a common fixture in the programming schedules nowadays.  The Factual Fixed Rig Director Panel will be taking a look at the process of installing a rig into a location and keeping most of the filming team away from the subjects.

Speakers include producer/directors John Douglas, Paddy Wivell, Sophie Jones and Stu Bernard. The session is on Day One at 4pm in the Keynote Theatre.

Exploring the Best Kit for Your Production on a Budget

On Day Two, 14 June, there will be a session on how to choose the best equipment when working within budgetary confines. Location filming throws up multiple challenges, whatever the genre, and the seminar aims to steer filmmakers through the choice of kit available when money is restricted.

The speaker is Ogy Stoilov, editor in chief of 4KShooters.net.

There will also be a plethora of exhibitors displaying kit and services relevant to those outside studios, including World of Locations, an MBI-produced magazine showcasing international locations, and providing a resource for film, TV and commercial creatives and production companies who want inspiration about where to shoot their next project.

Our business is a family run company based in the South West covering areas from the Cotswolds to Cornwall, Bristol to South Wales and Wiltshire… more Call: 07769 733485   |   Add to Shortlist

Coachstar Location Facilities based in both West London & Leeds specialise in the hire of Winnebago’s/talent trailers and make-up/wardrobe splits to the film and TV… more Call: 020 7112 1578   |   Add to Shortlist

We provide Location facilities specially designed for the TV & Film industry. Top Facilities have a wide range of solutions for all sized Productions. Our… more Call: 07413 669570   |   Add to Shortlist

Hi there & thank you for stopping on our page! At location base facilities our fleet of facilities have all been specially designed for the… more Call: 07445 521709   |   Add to Shortlist