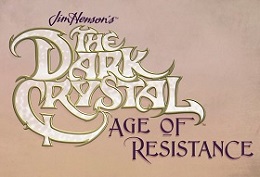 The original film follows fantasy creatures on a distant planet who must find the missing shard of a magical crystal to restore order to their world.

Co-directed by the late Jim Henson with Frank Oz, the production used a cast of puppet characters and became an iconic cult movie.

Production for the film was based at England’s Elstree Studios near London.

The prequel series will be directed by Louis Leterrier, who will also be among the team of executive producers on the production.

“The Dark Crystal: Age of Resistance will combine the art of puppetry perfected by The Jim Henson Company, with Louis’ vision, powerful storytelling and a mix of cutting-edge digital imagery and visual effects,” said Cindy Holland, vice president of original content at Netflix.

“I can’t wait for families around the world to see how we bring these unique characters to life.”

Television production in the UK is supported by a specific tax credit for high-end TV, animation and children’s shows, which offers a 25% rebate for productions that spend £1m per broadcast hour.

High-profile TV shoots based in the UK include The Crown, an ongoing drama telling the story of the Royal Family from the late 1940s.