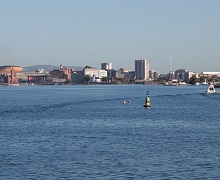 The much-anticipated location for a new film and TV studio in Wales has been confirmed.

Jane Tranter and Julie Gardner’s production company Bad Wolf is teaming up with Welsh government to create the new production space which will be based at Trident Park, Ocean Way, near the centre of Cardiff.

The site has been acquired by the Welsh government and will be leased on commercial terms and provide studio facilities for all Bad Wolf’s forthcoming large-scale projects, which include high-end TV dramas His Dark Materials and A Discovery of Witches.

The production company had very specific needs in its quest for a studio – the facility had to have a minimum of 200,000 sq ft of shooting space, two large stages with ceiling heights of more than 10 metres suitable for accommodating productions of scale, and additional office space.

The studio at Trident Park will be the only one in Wales to offer stage space with a maximum eave height of 17.5 metres (57ft) which should also attract major feature films. The total space taken up by the new facility – comprising two linked high bay units - is 253,000 sq ft. 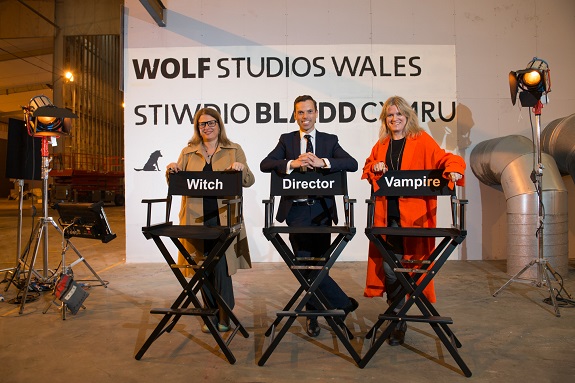 Ken Skates, Welsh economy secretary, said of the acquisition: “A facility of this size will ensure Wales retains a competitive advantage with enough large-scale studio space to service the productions wishing to film here.

“It has real potential to generate a transformational impact on the Welsh creative industries sector, creating a large-scale film and TV production hub.

“A facility capable of accommodating large scale productions is crucial for Bad Wolf to deliver its pipeline of projects which will provide a £120m plus boost for the film and TV sector in Wales. It will also be a key asset for the creative sector in Wales providing facilities to other major TV productions.

Bad Wolf’s Jane Tranter added: “Wales has seen a resurgence in television and film production over recent years and studio space is much sought after.  With so many Bad Wolf productions in development we wanted a permanent base for our productions and a user-friendly studio environment for the many other television series and films headed to Wales.”