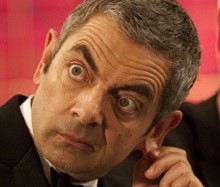 The third in the series of comedy films about inept spy Johnny English is in pre-production in the UK.

Johnny English 3 once again stars Rowan Atkinson as the bumbling secret agent – a character he first played in the 2003 original which had a screenplay by Bond writers Neal Purvis and Robert Wade. The film went on to take $160m worldwide.

Johnny English 3 comes from Working Title Films. PI subscribers can log in for shoot dates along with details of the studio, director, line producer, UPM, location manager and production co-ordinator.

Working Title is busy with several other projects at the moment including Cats and The Kid Who Would Be King (with Big Talk and Fox), both in development, Mary Queen of Scots which shoots this summer and the Hatton Garden Jewel Heist project which gets underway this week.

For more on all these projects log into Production Intelligence, where you will find details of around 500 film and TV projects currently in development or pre-production.