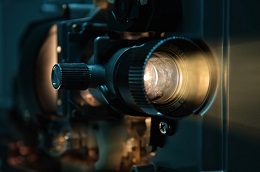 The British film industry has called for an expansion of the UK’s tax credit structure for lower-budget, independent British movies shot in the UK.

Trade association Pact wants the UK’s 25% tax credit increased to 40% for British films with budgets between £2m and £10m.

A new Pact study found that movies within this specific budget range have been affected by the rise in online streaming platforms and increasing competition from high-end TV productions. The effect has been a 50% decline in the value of international sales for indigenous UK films.

The impact on British films with budgets higher than £10m is much harder to gauge as only 90 films were released in this range between 2007 and 2015.

“The findings of the report highlight how essential it is for the UK independent film industry to be afforded more opportunity to develop a sustainable and competitive presence in an increasingly competitive market,” said Hakan Kousetta of See-Saw Films.

“By increasing the tax credit to 40%, the British independent film production community will be able to properly capitalise on the wealth of talent this country produces and bring to the world films that really showcase the best this country has to offer.”

The UK’s filming incentive support system has been hugely successful at attracting big-budget US-funded movies like the rebooted Star Wars franchise and Beauty and the Beast, as well as upcoming Disney films like Aladdin and Mary Poppins Returns.

However, the scale of American money being fed into the British industry has led some to argue that the UK is predominantly a world-leading service sector and is less notable for having a flourishing indigenous industry of its own.