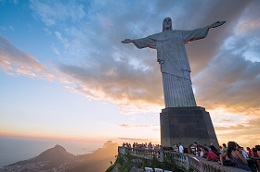 The UK and Brazil have finally ratified a film and TV treaty five years after the agreement was officially signed.

Producers in the UK will be able to keep the rights for content they film in Brazil and they will also have easier access to Brazil’s filming incentives, according to a Screen report.

Ratification was delayed as a result of political instability in Brazil.

“By ratifying the treaty, systems will be put in place that will hopefully allow British and Brazilian producers to do deals together, safe in the knowledge that there’s a process and framework in place so they can move forward securely,” said David Notman-Watt of UK production company Back2Back, in comments to Screen.

There is a particularly vibrant TV market in Brazil – with nearly 20 million people subscribing to more than 200 channels – and this has great potential for UK-produced content.

“In the creative industry, the contacts we had have all gone, so we need to give Brazil another crack,” said Dawn McCarthy-Simpson, head of international development at Pact, in an interview with Screen.

“It’s important that UK indies get the funding they need to visit Brazil and take advantage of the co-production funding and opportunities now available to them.”