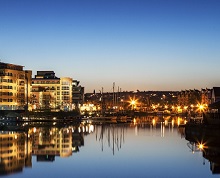 This week saw the arrival in the city of the crew and cast of The Guernsey Literary and Potato Peel Pie Society (aka Guernsey) which stars Lily James and Michiel Huisman, with Stan and Ollie having also filmed in the same area in the last couple of weeks.

Bristol Film Office has been involved with supporting the two shoots, both of which chose the harbourside location of Princes Wharf, with Guernsey having a unit base at Wapping Wharf.

The team on Guernsey is recreating a 1940s dockside at Princes Wharf, and also utilising a vintage paddle steamer called The Balmoral.

One of the film’s producers, Paula Mazur, said of the location choice: "Bristol has a fantastic dockside museum, which has been beautifully preserved. It has enabled us to transform the exterior to represent Weymouth Docks in 1946. We're grateful for the support of the Bristol Film Office in helping us bring our scenes here to life." 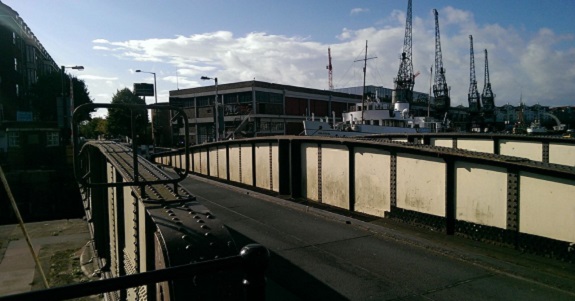 Princes Wharf and The Balmoral were also used by the team on Stan and Ollie, starring Steve Coogan and John C Reilly as the eponymous double act Laurel and Hardy in a biopic centring on their last variety hall tour of post-war Britain. The production also shot scenes near Bristol Hippodrome and had its unit base at Lloyds Amphitheatre.

Stan and Ollie producer Faye Ward of Fable Pictures said: “The Balmoral was a gem of a find. Its conserved beauty was the perfect setting for a crucial moment in the film and we couldn’t have done it without the wonderful support of Bristol.”

Natalie Moore of Bristol Film Office commented on the current production activity: “April has been a fantastic month for Bristol on the big screen. We’re delighted to have supported both Guernsey and Stan and Ollie to use our locations this month.

“Films like these take months of preparation where we introduce the filmmakers to Bristol and show them exactly what the city has to offer. Whether it’s setting up location recces and liaising with local partners, closing roads or processing permits, a lot of work goes on in the background to help filming run smoothly.

“Shoots like these are major operations that employ local crew and bring an influx of cast and crew to the city to spend in our local economy. The benefits to Bristol are significant, worth more than £16 million to the city last year alone, not to mention boosting Bristol’s profile as a world-class filming destination.”