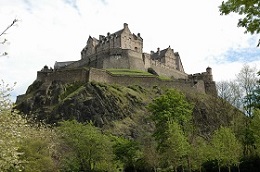 Planning permission has been granted in principle for a film and TV studio in Straiton outside Edinburgh.

Pentland Studios is planned as a privately-funded development from PSL Land Ltd that would offer six sound stages ranging from 15,000 sq ft to 30,000 sq ft, as well as back lots and an external water tank.

The facility has faced long delays in securing approvals and this latest decision in fact overturns a previous recommendation from a government reporter to dismiss the scheme partly due to concerns about the local environmental impact.

“PSL Land Ltd are very pleased with today's decision by ministers to approve the grant of planning permission in principle for Scotland's world-class film and TV studio complex, and will be moving forward immediately with the application for planning permission in detail for the film studio, academy and energy centre sections of the development,” said the development company.

The organisation wants to have the facility’s stages available and operational by the end of 2018.

Scotland does not yet have a large-scale, purpose-built studio facility but the government has been under sustained pressure to improve the country’s production infrastructure.

A government-backed studio has been considered over the past couple of years, but authorities are thought to favour expanding Wardpark Studios in Cumbernauld rather than developing a purpose-built facility. Wardpark was converted into a production centre for the US TV drama Outlander.

The Pentland Studios update coincides with location filming for Avengers: Infinity War in Edinburgh, which is reportedly the largest production ever to shoot in Scotland.