The Lost City of Z filmed in Belfast 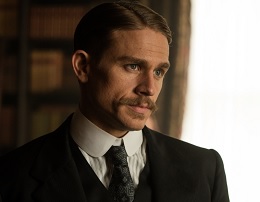 The Lost City of Z is based on a true early 20th century exploration story and used Northern Ireland as a production base, but also shot on location in Colombia.

The film tells the tale of British explorer Percy Fawcett, who led expeditions into the Amazon rainforest in search of evidence of a lost civilisation. Fawcett also fought in the trenches of the Somme during the First World War.

Northern Ireland was the production’s home for around five weeks of filming, shooting entirely on location in and around Belfast and the surrounding countryside. The Lost City of Z was supported with funding from Northern Ireland Screen.

“Absolutely everything was changed,” he tells The Knowledge. “Given that we were filming a period piece, even the period locations we used were changed - the decor, colours of walls, drapes – any modernity removed – the dressing and all props.

“Recreating the battlefields of the Somme (at Antrim Hills outside Belfast) was also a very difficult ask on a relatively modest budget – it took a lot of scouting to find exactly the correct geography where we could shoot 360 (degrees) and have the freedom to create the trenches and explosions.”

In production terms, Northern Ireland is best known internationally as the home of HBO’s fantasy drama Game of Thrones, but Belfast is also a popular location for UK television shoots. The BBC’s psychological thriller The Woman in White filmed in the area, as did ITV’s The Frankenstein Chronicles, doubling the city for 1830s London.

For more on The Lost City of Z and its Colombia shoot see an extended article on our sister site KFTV here.