Beauty and the Beast filmed at Shepperton 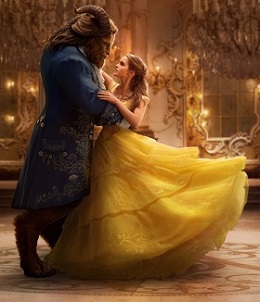 Beauty and the Beast, Disney’s new live-action version of its own 1991 animated classic, filmed at Shepperton Studios in south-east England.

Like the original, the new film is set in 18th century France and tells the story of Emma Watson’s Belle, a young woman who is taken prisoner by Dan Stevens’ Beast in his grand castle, but gradually discovers the humanity behind his gruff exterior.

Expansive sets were built on Shepperton’s stages by a thousand-strong crew and the designs of the animated movie inspired the look of director Bill Condon’s new adaptation.

“Being based out of London, we have such a diverse amount of locations right here on our doorstep,” says Adam Richards, the film’s supervising location manager, in an interview with The Knowledge.

“We are also a short hop from France, where the film is set and where we did countless recces to get inspiration for the sets. A lot of ‘plates’ were also shot in France, in various villages and in the countryside of south-west France, in order for the VFX companies to input these into the backgrounds.”

One of the biggest sets built was the ballroom of the Beast’s castle. A 12,000 sq ft faux marble floor was set up, along with ten chandeliers modelled on real examples from Versailles. A 9,600 sq ft forest that surrounds the castle was in fact built over 15 weeks on Shepperton’s largest stage and included real trees and hedges, as well as 20,000 icicles.

The fictional village of Villeneuve – home to Belle and her father – was constructed on Shepperton’s exterior back lot and was the largest set, spanning nearly 30,000 sq ft. Buildings included Belle’s cottage, a school house, a church and the village square. Nearly 30 wagons, hundreds of animals and 150 extras were used for an opening musical number introducing Belle. 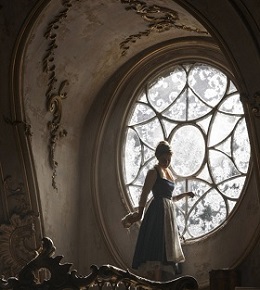 Although the movie was filmed largely on stages, two weeks of location filming at Ashridge Forest and Ivinghoe Beacon in Buckinghamshire, and in the Surrey Hills near the village of Shere, were among the most challenging of the shoot.

“The Shere location, for instance – which is where we shot the tree being struck by lightning, forcing Belle’s father to steer towards the Beast’s castle – was down a single-track lane, with forest either side and nowhere to pull off the road,” Richards says.

“These were night shoots, so you can imagine the amount of lighting needed. Huge swathes of forest clearings had to be tracked out to accommodate 300 crew, lights, cherry-pickers, horses, carriages and trucks.

“We had to get special permission from the council too to close the road, as the track you see the horse and carriage travelling on is actually a tarmac road which had to be covered in mulch and leaves to disguise it."

Disney is a regular visitor to the UK. The Nutcracker and the Four Realms filmed at Pinewood last year and Mary Poppins Returns is shooting with a base at Shepperton. New live-action versions of Aladdin and Dumbo are also scheduled for UK shoots.

London remains the UK’s primary production hub and all the main studios in the capital and nearby are under pressure to expand. The mayor of London Sadiq Khan recently announced progress in plans to establish a new studio in Dagenham, east London.