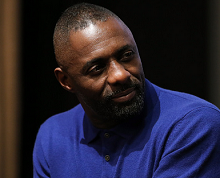 Idris Elba’s directorial feature debut, Yardie, is gearing up for pre-production with shooting set to take place in London and Jamaica.

Yardie is adapted by Brock Norman Brock from the book by Jamaican-born British writer Victor Headley and follows a cocaine courier who rises through the ranks of London’s murky criminal underbelly.

The big-screen project comes from Warp Films – PI subscribers can log in for specifics such as producers, casting director, line producer, location manager and production designer.

The seven-week shoot will take place largely in London with a few days in Jamaica; principal photography gets underway in May.

Warp Films is also busy on The Death and Life of John F Donovan, which begins its UK leg of filming towards the end of this month.