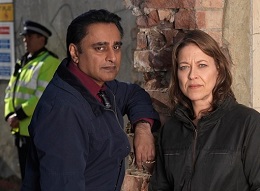 A third series of cold-case crime drama Unforgotten is in development at Mainstreet Pictures for ITV.

The show has been both a critical and ratings success, with the second series getting consolidated viewing figures of more than six million, according to ITV.

“I am so excited to be making a third series of Unforgotten,” said Chris Lang, writer and executive producer on the show.

“To be able to bring back the exceptional team we had on series two (both in front of and behind the camera) and to be allowed to discover what the future holds for Cassie and Sunny as they tackle a new historical crime, is a real privilege.”

Series 3 is currently in development but PI subscribers can follow the project now for updates on a pre-production schedule and filming dates in the coming weeks and months.

Mainstreet Pictures is also scheduled to go into pre-production soon on Manchester-based drama Age Before Beauty, while period crime series Forty Elephants is also in development.

PI has listings for 21 films and 19 TV dramas currently in pre-production; non-subscribers can click here to request a free online demo.