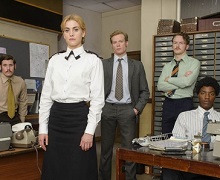 The mortuary – although disused – was still equipped with real kit. Andrew Pavord, director of FilmFixer which manages the film office service for the above boroughs, found using an authentic backdrop a positive experience:

“It was brilliant to see the Ladywell Coroners Court and Mortuary being used as an actual mortuary in the series. 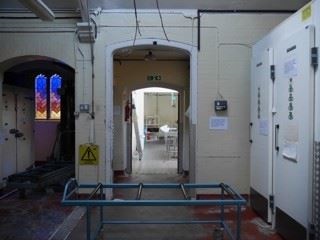 “It’s a great location; a red brick Grade II listed building, built in 1894. It’s still fully equipped with medical furniture and supplies. In fact the medical instruments already there were used, an actor was put in one of the real fridges (after it was deep cleaned), and ‘bodies’ were laid out on the original slabs.


“London still has brilliant locations like this tucked away.”


Community consultation was key on the production as there were sequences involving explosions, car chases and gunfire, including a scene in Southwark’s Bagshot Street where an empty shop was dressed as a 1970s bank with armed police rushing in to make an arrest.

Another car chase was filmed in a car park in Kingston, while in Lambeth a police chase was played out in Whittlesey Street.