Disney’s Aladdin to film in the UK 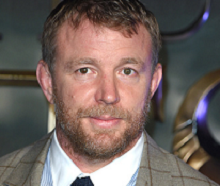 The latest in Disney’s canon of live-action remakes is heading to film in the UK.

Aladdin is in the early stages of soft pre-production, with an eye to principal photography setting up and running in the summer.

Guy Ritchie is directing the reboot with Dan Lin producing through his company Lin Pictures. PI subscribers can log in for key UK hires and follow the project on our site as we will be returning with updates over the coming months.

Disney, also known as the Mouse House, is making its second home in the UK, with Rob Marshall’s Mary Poppins Returns having just started filming, Tim Burton’s Dumbo in pre-production and Cruella, starring Emma Stone, also in the pipeline.

And the Star Wars franchise continues to roll along with the Untitled Han Solo feature based at a major UK studio and early pre-production underway on Star Wars: Episode IX.

For more on all these projects head over to Production Intelligence. Non-subscribers can click here for a free demo.