Age Before Beauty to film in Manchester 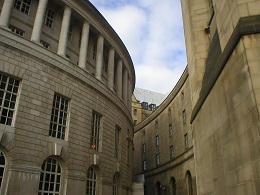 Mainstreet Pictures is planning a summer shoot in Manchester for the BBC’s new drama Age Before Beauty.

Written by Debbie Horsfield, the series explores family feuds at a failing beauty salon in Manchester.

Production Intelligence subscribers can log in now for details of the key crew involved, and pre-production and filming dates.

Manchester and the north of England are becoming more popular as filming locations for UK TV shoots.

The Space Project in Manchester has become a key regional production space with more than 55,000 sq ft of stages and last autumn the facility was awarded £14m to fund an expansion plan.

New series of Cold Feet and The A Word will be filming at The Space Project in the coming months.

The north-east is also growing its production profile. Church Fenton Studios has been adapted as a studio facility midway between Leeds and York, and is the home of ITV’s period drama Victoria.

Non-PI subscribers can click here to request a free demo. PI was launched in 2011 and now has listings for more than 8100 feature film, high-end TV drama, factual and entertainment projects at all stages of production.