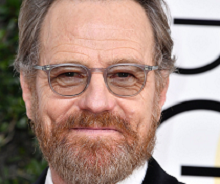 A major new Channel 4 anthology series based on the short stories by sci-fi writer Philip K Dick and starring Bryan Cranston is in pre-production in the UK and readying for a spring start to shooting.

Cranston is also among the many executive producers on Electric Dreams: The World of Philip K Dick – others include the show’s writer Ronald D Moore, showrunner on Outlander and creator of the re-booted Battlestar Galactica. Michael Dinner joins Moore on writing duty and also exec produces.

A plethora of US and British writers are also working on the drama, which will be delivered as 10 standalone episodes. Acclaimed UK TV scribes Jack Thorne, David Farr, Kelly Marcel, Tony Grisoni and Matthew Graham are among the creative team.

Cranston previously said of the adaptation: "This is an electric dream come true. We are so thrilled to be able to explore and expand upon the evergreen themes found in the incredible work of this literary master.”

PI currently has listings for more than 100 projects in pre-production, from major feature films to high-end TV dramas, factual and entertainment shows. Non-subscribers can click here to request a free demo.