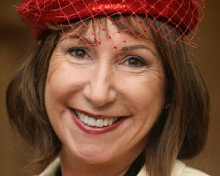 Kay Mellor’s next drama Love, Lies and Records, is now in pre-production readying for a spring start to shooting.

Love, Lies and Records follows registrar Kate Dickinson as she tries to juggle her personal life with the daily dramas of births, marriages and deaths, and the impact they have on her.

As with most of Mellor’s dramas, the 6 x 60 for BBC One will film in Yorkshire (Leeds); it comes from her shingle Rollem Productions.

PI subscribers can log in for details on the shoot including dates and names of key hires such as the 1st block director, casting director, line producer, production designer and production co-ordinator.

Mellor and her team are also working on Girlfriends, which sees the seasoned writer and director return to ITV. Also listed on PI, Girlfriends is due to film in the summer.

PI subscribers should log in and follow the projects to receive email updates as we confirm more details. Non-subscribers can click here to request a free online demo.