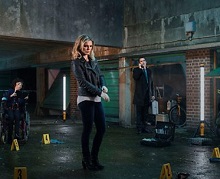 The launch comes on the tail of the pilot scheme in 2015, which saw five directors working across five high-end TV dramas: Dickensian, Mr Selfridge, Undercover, The Tunnel and Humans.

The new scheme will place the directors alongside the lead director for the whole of the shoot, from pre-production right through to post. He or she will also have the potential to direct 2nd unit where applicable, thus gaining an on-screen credit in high-end TV drama.

The programme aims to give directors a broader understanding of how shows within the genre are made, and how they differ from lower budget and continuing drama productions.

Richard Stokes, executive producer of Silent Witness, said: “Silent Witness has a long, successful tradition of working with and encouraging new directors. Over the last two decades the show’s alumni include those who have gone on to extraordinary careers, achieving popular and critical success in television and film on both sides of the Atlantic.” 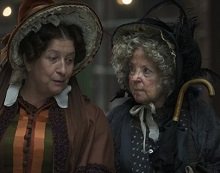 During the 12-week placement, directors will be required to attend and participate in as much of the following as possible: pre-production and planning meetings; regular meetings with the lead director to discuss the planning on production requirements and strategies; be on set from the outset right through to wrap; post-production edits; career development/advice session with the lead director; provide evaluation and participate in any press and/or communication briefings on behalf of Directors UK.

Once the final productions have been confirmed, shortlisted directors will be matched with their production. If necessary, candidates will also be interviewed by a panel drawn from Directors UK and the relevant production companies, together with the lead director.

The initial deadline is Monday 16 January 2017, however Directors UK will begin reviewing applications as soon as they are received in order to start the shortlisting process. It is anticipated that additional call for applications will take place later in 2017 to match any new commissions.

Applications are actively encouraged from BAME and female directors. For full details on how to apply, click here.