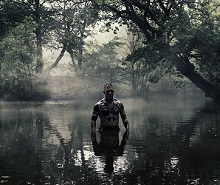 Shooting got underway in November 2015 with Danson House in Bexley providing the backdrop for many key scenes. More than one hundred cast and crew members worked at the venue over several days.

The Palladian villa (seen in the photo below) was the setting for concert scenes in the drama, with the grounds also on display as the guests arrive by horse and carriage. The cellar doubles for St Bart’s Hospital in Taboo, which was created by Steven Knight along with Hardy and his father Chips. 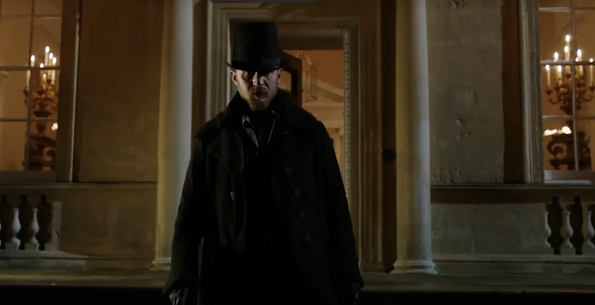 Karen Everett, director of FilmFixer which manages the film office service for Bexley Council (as well as Southwark, Islington and Camden, also used in the show), described some of the challenges in filming in Grade 1 listed properties.

“There’s a great deal of preparation required for filming in historic homes. Being Grade 1 listed, protecting Danson House was a major priority for us, before filming could go ahead.

“Special terms and conditions ensured the drama could be recreated in this ideal period location – while at the same time, the mansion itself would be safe and treated respectfully.

“Its attraction to the production was obvious. The restored mansion is in exquisite condition, it’s of the appropriate period, and it’s set in 200 acres of parkland including a 12-acre lake. On top of this, it was actually built for a sugar merchant and vice-chairman of the British East India Company, Sir John Boyd. The British East India Company features heavily in the series.”

A replica of Francis Drake’s Golden Hinde, moored in the Thames off Southwark, was used for some of Taboo’s shipboard scenes. Also in Southwark, Trinity Church Square is seen in the drama as guests leave a theatre performance in the square’s Henry Wood Hall.

In Islington, the House of Detention on Sans Walk provides the setting for scenes of people living in poverty, while the borough’s Charterhouse and Charterhouse Square are also seen, and period boats pass through the Grand Union tow path in the Islington tunnel.

Location One opens at Longcross and Bridgend

Facilities by ADF has announced that Location One, which the former acquired in December, has opened branches at the group’s new operational base at Longcross and Bridgend.

The Killing Kind films at Bottle Yard, Bristol and London

The latest original UK drama commission for Paramount+’s burgeoning slate, The Killing Kind, has begun filming at the Bottle Yard Studios and on location in Bristol with the assistance of the Bristol Film Office. Filming will later move to London.

Modern fatherhood to be tested in C4 survival series

Channel 4 has commissioned a new documentary series that will put modern fathers’ parenting to the test in wilderness survival situations.

Chorley Bunce film and TV location catering operates out of Harrogate but covers the entire UK & EU. Chorley Bunce has the capabilities to meet… more Call: 0845 308 0062   |   Add to Shortlist