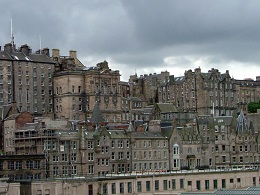 A final decision on a planned film studio facility outside Edinburgh has been delayed once again by local authorities.

Pentland Studio is proposed as a privately-funded enterprise that would offer six sound stages plus back lots and a paddock water facility.

The studio’s development team is also talking to the Abercairney Estate at Crieff, north of Edinburgh, about potentially using local land for exterior filming, the Courier newspaper reports.

The Scottish government has completed a report assessing Pentland’s likely environmental impact, but Midlothian Council may take another three months to make a final decision.

Scotland’s production industry has been campaigning for a purpose-built studio facility for several years. However, the government is thought to prefer expanding Wardpark Studios in Cumbernauld as an alternative to a new build outside Edinburgh.

Last month the government released new figures showing that production spending in Scotland rose to nearly £53m in 2015, the third year of growth in a row.

A new studio would likely help boost this figure in the coming years. Scotland remains the only part of the UK that does not offer a large-scale purpose-built studio facility.