London locations for ITV's The Halcyon 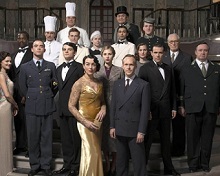 London provided some historic backdrops for new ITV period drama The Halcyon, which airs from 2 January.

The drama from Left Bank Pictures is set in a glamorous London hotel against the backdrop of the Second World War. The production office was at West London Film Studios, but the exterior of the five-star hotel was provided by 32 Lincoln’s Inn Fields, built in 1903 and currently owned by the London School of Economics.

Although the building is on the south side of the street which is technically Westminster, the rest of Lincoln’s Inn Fields is in the borough of Camden, the films needs of which are managed by FilmFixer.

FilmFixer subsequently arranged the road closures and resident consultation for a filming period between April and July this year.

Across the street from no 32, a tube entrance was constructed, surrounded by sandbags and gas lamps. In one storyline, the street is hit by a V1 doodlebug and period fire engines and ambulances were called in, making their way around the bricks and rubble, while smoke effects combined with jets shooting gas flames 10 feet high to re-create the horror of the aftermath. 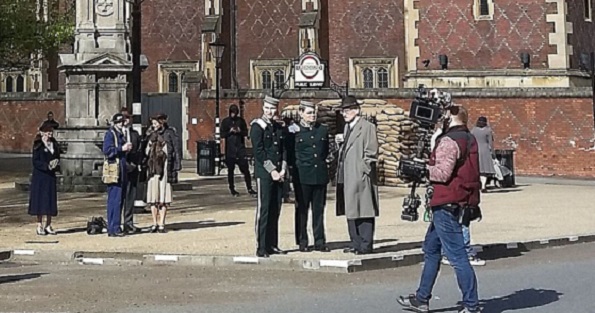 Walter Hand, secretary of residents group Friends of Lincoln’s Inn Fields, says, “Halcyon was a great example of how film companies should interact with local residents.

“They ensured that despite large amounts of scenery and stage setting being constructed, visitors to the Fields were not inconvenienced and residents were not disturbed at night.

“Traffic management was well handled, and the normally intrusive large film unit vehicles were all well hidden in side streets.”

You can watch a clip of The Halcyon below.