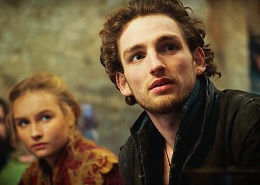 Wales is looking to ramp up the amount of high-end TV that is filmed in the country after hosting Will (pictured right), a major ten-part US drama for TNT, its biggest production to date.

The country is keen to make its mark as an international production hub and is encouraging producers from the UK, US and beyond to apply for its £30m Media Investment Fund.

Will, a modern retelling of the early life of William Shakespeare that is currently being filmed at Dragon International Film Studios in Pencoed, has injected about £18m into the Welsh economy.

The drama, which stars Twilight’s Jamie Campbell Bower and newcomer Laurie Davidson, will wrap production in February, with a TX on cable network TNT and Turner’s international channels scheduled for later in the year. It is not clear which channel it will play on in the UK.

Creator Craig Pearce, who wrote features Moulin Rouge and The Great Gatsby, told Broadcast: “We’re creating a world that is unlike any other representation of Elizabethan England we’ve ever seen on film or television. It’s the world as seen through the eyes of 24-year-old Shakespeare coming to London for the first time. To create this world, we needed the space [to build sets] because most of this stuff doesn’t exist anymore.”

The Welsh government-backed Will was originally developed for HBO before heading to Participant Media’s Pivot, where it was among the now-defunct channel’s original batch of commissions. It was then picked up by Time Warner-owned TNT, whose British production company Ninth Floor UK Productions is making it with Shaun Of The Dead producer Alison Owen. 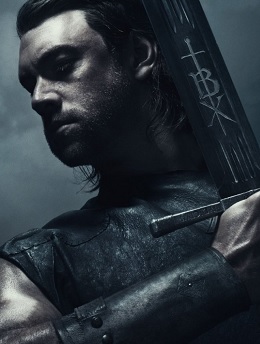 Pearce, a long-time collaborator of Baz Luhrmann, said Will’s centrepiece is a 3,000-seat wooden auditorium that is a reconstruction of a precursor of the Globe Theatre.

“We needed the space to build it and that was one of the things that took us to Wales. We took over the whole of Dragon Studios,” he added.

Executive producer Owen said they were able to create “a whole world in one place” using Dragon’s four stages and extensive backlot.

“The streets of Shakespeare’s London are spread out on the backlot, while the huge theatre takes up one whole stage and additional interior sets complete the show’s universe,” she added.

Since 2012, Wales has hosted 185 film and TV productions – including Amazon’s The Collection, Starz’s Da Vinci’s Demons and FX’s The Bastard Executioner (pictured left) – that have brought £138.6m into the local economy. Facilities now located alongside Dragon Studios on the M4 “creative corridor” include Pinewood Studios Wales and Bay Studios Swansea.

Next year, Jane Tranter’s South Wales-based production unit Bad Wolf is to begin principal photography on Sky-commissioned drama A Discovery Of Witches – the first instalment of Deborah Harkness’ All Souls Trilogy of books – as well as a BBC1 drama adaptation of Philip Pullman’s His Dark Materials, in collaboration with New Line Cinema.

“These productions also help promote Wales on the international stage and highlight the talent and skills base we have within the creative industry. This, in turn, results in more productions being filmed here and wider and longer-term benefits for local businesses and communities,” he said.

This article was first published by Broadcast.